On the 12th September 2019, a screening of “Sunday Fantasy”, Zoe Williams’ new film, has been held in our Milan offices.
The film was commissioned by Mimosa House (London) and supported by the Arts Council England, with the generous contribution of MMAT. Courtesy the Artist and Antoine Levi, Paris.

Williams’ new film follows a fragmented, dreamlike narrative centred around the character Veronica Malaise, who is played by 4 interchangeable women. The discontented Veronica finds an ancient, glass, scent bottle in the shape of a shell, on a beach near the mouth of the Thames Estuary.
The bottle is possessed by the spirit of its previous owner, a fictional lesbian priestess from the Roman Empire, who used it to distil and realise her erotic fantasies. When rubbed on the nape of the neck or the genitals, the bottle has the power to make real the fantasies of the person possessing it. The film charts the non-linear journey of the Veronicas’ and the rise and demise of their fantasies through the manipulation of the bottle.
The film plays with dissecting current representations of the erotic through an importantly female and queered lens, as well as examining problematised subject/object relations.
Challenging the idea of singular authorship, Williams has worked with her friends and
collaborators; Amy Gwatkin, Deniz Ünal and Nadja Voorham on the construction of the film, inviting them to enact their own and each other’s fantasies within it. The film is co-directed by filmmaker Amy Gwatkin, with a soundtrack by musician David Aird.

Simultaneously, two new acquisitions of  MMAT have been presented to the guests: 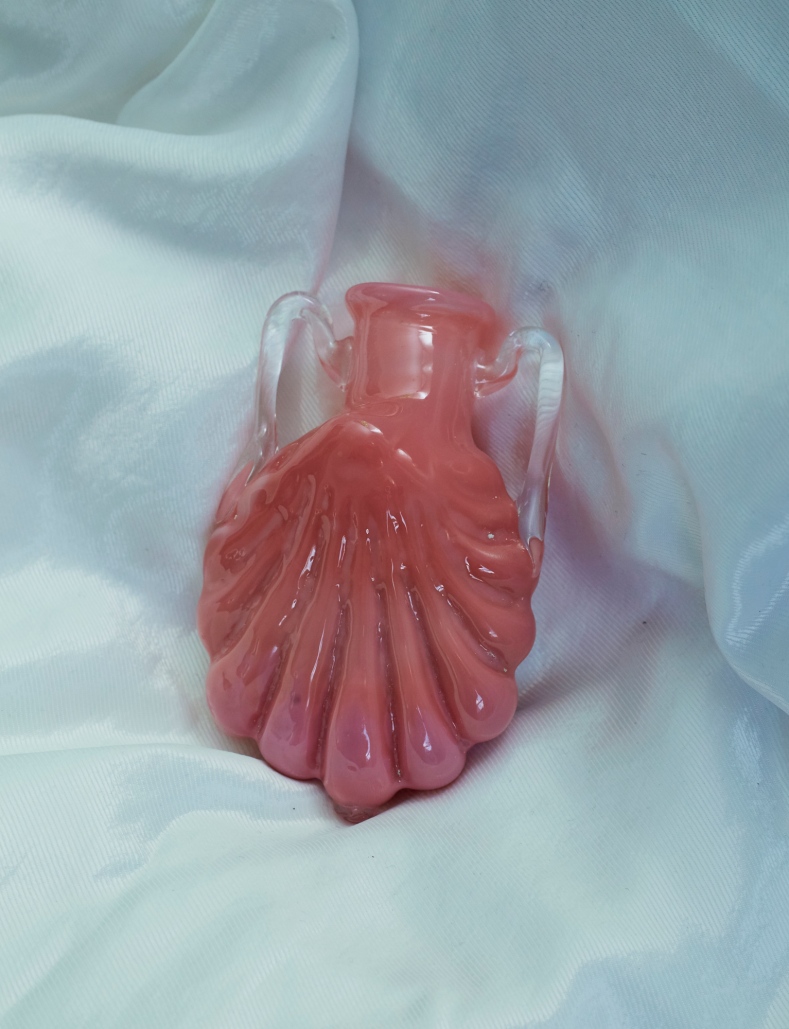 ‘Sunday Fantasy Bottle’, 2019, Pink blown glass, approx.10x7x3cm
Daria Khan in conversation with Zoe Williams
DK: Your new film Sunday Fantasy uses a collaborative approach to filming : you invited 3 co-authors to create the film with you, so that each character could write their own script and realise their own fantasy. This approach requires a lot of trust and care, as each of you got to realise a sexual fantasy on camera, which can be quite vulnerable. Was it difficult to find people willing to join you in this experiment?
ZW: We are friends and have all worked together before on different projects, (both in a private and public context) stemming from our shared interest in exploring aspects of role play and notions of the erotic. Approaching it felt quite difficult. How do you represent people’s own agency properly and do it in a careful way, rather then trying to highjack their fantasy? So as someone who instigated it, I wasn’t the person who had power over those things. I just made a shell for things to be enacted in.I had this skeleton story about the bottle and about the objects we were going to move through the film with that would then be instigated in people’s fantasies; the fantasies of Deniz and Nadja; and to a certain extent Amy who worked on it more directly (we co-directed the film together). I was more an enabler, a set-designer, material-based, object-based, and Amy was i think coming from a more narrative building, film-making perspective. This perhaps plays more into her individual interest in being a voyeur and using the camera as a consuming tool with which to do this. I asked Nadja and Deniz to
come up with something not necessarily sexual, a fantasy they wanted to realise as part of this film and so they came up with these vignettes. Deniz has this phobia of eels and her character of this snake-eel woman, and then the eel imagery came through. It’s all on the edge of things being uncomfortable and grotesque.

DK: There is a feeling of trust and the atmosphere of non-judgement for the viewer, a safe space, not only inside the film but also outside of it. The female subjects in the film are really in control of their desire and pleasure, no matter if they choose dominant or submissive roles, besides that it’s much more ambivalent in the narrative, the positions easily switch in between.

ZW: Yeah I guess it’s more trying to capture the fragmented way that you might experience fantasy and desire and how everyone experiences it so differently. When people talk about sexuality and the erotic, sometimes it can just overtake everything else that’s going on and make everything twodimensional.
There are always these other elements juxtaposed within that landscape that makes things much weirder. When you have a fantasy, desire or a dream it’s not a linear experience, or necessarily a palatable one.
DK: Besides playfulness and spontaneity, there is also the entitlement to pleasure that you feel from the characters. Entitlement you usually feel from men, while women appear as receivers of desire. The heroines of the film are self-sufficient in generating their desire and pleasure. For me it is powerful in that it resists female sexual archetypes as they are usually portrayed in erotic films.
ZW: There is definitely that, and trying not to fall into the role of pleaser. The piss running through – it’s this magical liquid. And the idea of excess, and decadence, and dressing up, and how these can be used as a weapon not as something to dress yourself up to be attractive but something that you want to embody.

DK: You have this reference to an early 90s aesthetics. Does this time represent something specific for you in terms of how eroticism was depicted?

ZW: “Basic Instinct” and “Showgirls”, might not be necessarily politically correct films but the female characters subvert what it means to be palatable females. I am not sure it was a totally conscious choice, but the 90s aesthetic perhaps has something to do with the fact that this was when our fantasy worlds began to build up as children and young adults. Those are some of the images that just stick with you.

ZW: Yeah with an imaginary, idealised, queered story. It also might have had a really horrible story.

ZW: Yeah. It’s about the magical aspect of that. It was about the Veronica Malaise character who is this interchangeable woman that we all inhabit. This frustration you often feel as a woman trying to somehow realise your desires and to have them accepted. It’s like a freeing of that.

DK: I also thought about the faceless male character in the beginning of the film.

ZW: We took him out.

ZW: We thought it wasn’t right, that we couldn’t have him. 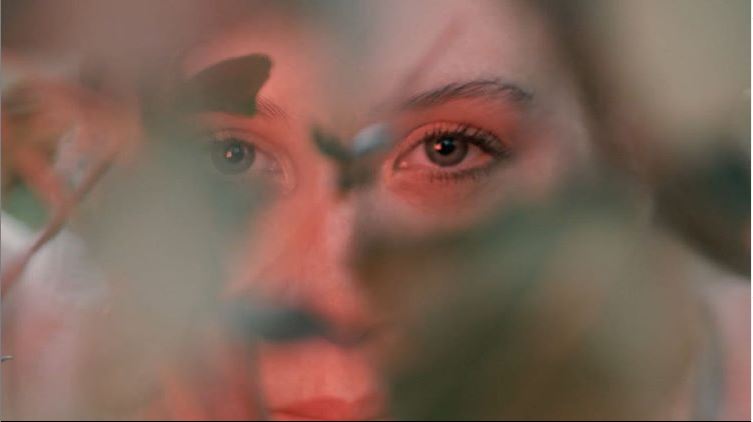 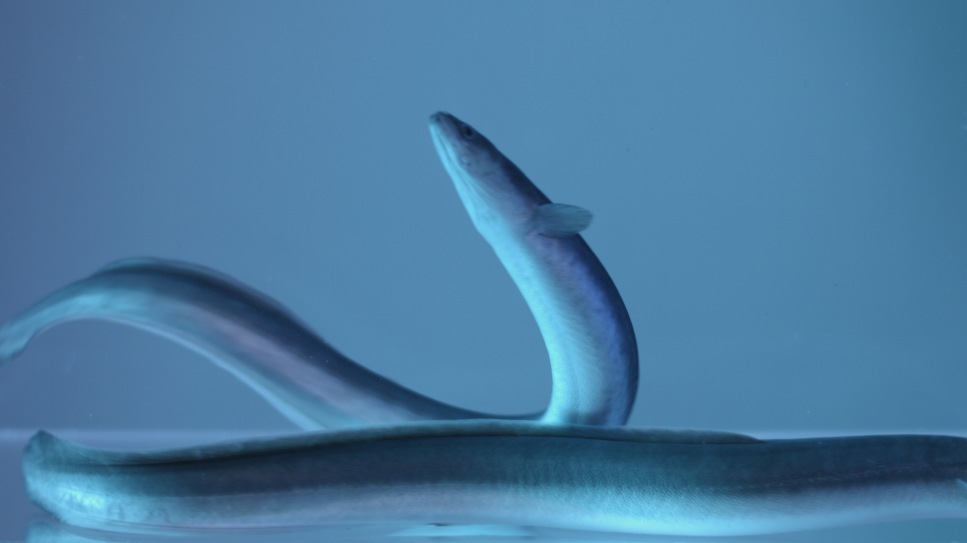 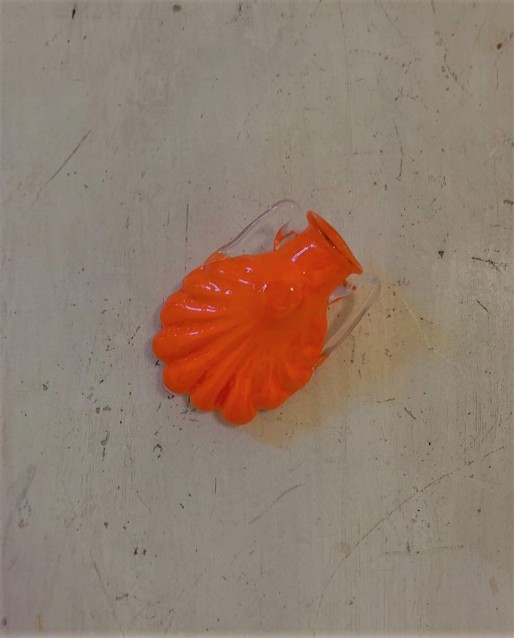 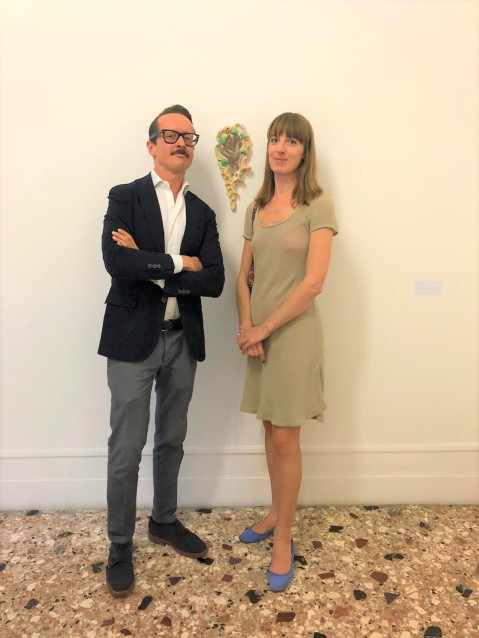 Zoe Williams
Zoe Williams (b.1983). Lives and works in London and is represented by Antoine Levi Gallery, Paris. Her practice incorporates a range of mediums including moving image, ceramics, drawing and performance. Through these elements, she is primarily concerned with creating immersive instances and environments which, holding a veneer of seduction, seek to access the cerebral through sensual experience.